A personal highlight this week was speaking at the “Turning Up the Volume On Action” conference for Alzheimer’s Society Cymru at City Hall in Cardiff.

The week started normally over a coffee with Steve in Prestatyn, then my usual Monday lunch in Rhyl with friends who are going through a few things currently.

Finally closing with a Prestatyn in Bloom meeting in the evening.

Then I developed a very sore ankle, and I feared what was to follow. Emotionally this past week has been amazing for lots of reasons.

What a volume of emotions I have been through!

There are many different types of emotions that have an influence on how we live and interact with others. At times, it may seem like we are ruled by these emotions. The choices we make, the actions we take, and the perceptions we have are all influenced by the emotions we are experiencing at any given moment.

During the 1970s, psychologist Paul Eckman identified six basic emotions that he suggested were universally experienced in all human cultures.

The emotions he identified were:

He later expanded his list of basic emotions to include such things as pride, shame, embarrassment, and excitement. I have also had all of them this week.

So what has all of this got to do with turning up the volume ?

Let’s start with happiness. Naturally I was very happy and honoured to be invited by Alzheimers Society. To speak at their conference in Cardiff on the 7th March 2019.

I am very happy that we can promote the work going on in Prestatyn to such a wide audience.

While happiness is considered one of the basic human emotions. The things we think will create happiness are heavily influenced by culture.

For example, pop culture influences tend to emphasize that attaining certain things such as buying a home or having a high-paying job will result in happiness.

The realities of what actually contributes to happiness are often much more complex and more highly individualized.

A type of emotion often defined as a transient emotional state. Characterized by feelings of disappointment, grief, hopelessness, disinterest, and dampened mood.

There are a number of reasons to be sad recently. I take strength that currently I can manage that sadness.

The truth is, we all deserve to be happy, no matter how we see ourselves.

“People don’t die from suicide, they die from sadness.”

When someone chooses to end their life, that choice is not what kills them. It’s the sadness that dwells within that has taken control. Depression, for instance, is an illness which takes away the willpower to live.

So when you get ready to judge someone for suicide or attempted suicide, please reconsider your stance on the topic.

I have and am about to undergo training to help understand more!

Fear is the emotional response to an immediate threat. We can also develop a similar reaction to anticipated threats or even our thoughts about potential dangers, and this is what we generally think of as anxiety. Social anxiety, for example, involves an anticipated fear of social situations.

Some people, (could I possibly be one?) on the other hand, actually seek out fear-provoking situations. Extreme sports and other thrills can be fear-inducing, but some people seem to thrive and even enjoy such feelings.

Repeated exposure to a fear object or situation can lead to familiarity and acclimation, which can reduce feelings of fear and anxiety.

This is the idea behind exposure therapy, in which people are gradually exposed to the things that frighten them in a controlled and safe manner. Eventually, feelings of fear begin to decrease.

I was really fearful on Tuesday that I would not be able to attend the conference on Thursday. It was a struggle to get out of bed due to a severe arthritis attack. I was upset to have to miss a social engagement in the evening. Something I had help arrange and was looking forward to.

On Wednesday the pain was still bad but I managed to get medical attention. I had to be up for 4am on Thursday so went to bed at 10pm on Wednesday not knowing what condition I would wake up in on the day of the event.

The fear that I would let somebody down kept me going. It also led to a warm debate between Jayne my wife and myself. More of that later, just consider What distinguishes stubbornness from determination?

This sense of revulsion can originate from a number of things, including an unpleasant taste, sight, or smell. Researchers believe that this emotion evolved as a reaction to foods that might be harmful or fatal. When people smell or taste foods that have gone bad, for example, disgust is a typical reaction.

I felt disgust this week and vented it on social media.

I was not disgusted with the homeless citizens, but disgusted that people are having to live this way for whatever reason.

Anger can be a particularly powerful emotion characterized by feelings of hostility, agitation, frustration, and antagonism towards others.

Like fear, anger can play a part in your body’s fight or flight response. When a threat generates feelings of anger, you may be inclined to fend off the danger and protect yourself.

While anger is often thought of as a negative emotion, it can sometimes be a good thing. It can be constructive in helping clarify your needs in a relationship, and it can also motivate you to take action and find solutions to things that are bothering you.

I am not scared to admit that I have felt angry a few times this week. For what I guess could be considered major reasons. Thankfully with having lots of really positive things to focus on has helped me through that.

You can only imagine the fun and laughter we had after that revelation.

Turn the TV volume up.

On Friday 5th March at 6:30pm on BBC Two. Prestatyn will be featured on the Britain in Bloom series.

The Morfa Gateway project is included please turn up the volume!

So back to the discussion taking place at 5am on Thursday as Jayne was driving me to the station.

“You are are One stubborn person” or words to that effect were said as I promised all would be fine, and I will look after myself.

My reply was “I am not stubborn I am determined”

So then with Four hours to fill on the journey, I run through my presentation timings. Next I look up Stubbornness and Determination.

Determination is what everyone who competes on the olympics and most sports have. Most people who get far in their field, have determination. You can’t get anywhere without determination.

Trying something over and over again, expecting different results, that is stubbornness.

The line between the two can be very greyish. It is just that determination is a positive attribute of anyone, stubbornness is not, it is very negative attribute.

Friday night arrives and over a couple of ciders I say to Jayne, “WOW what a week!”

“Oh and by the way I looked up Stubbornness and Determination. Her immediate reply was “I know you were determined to go, but were being stubborn towards me. Negotiation was not an option in your mind, that is being stubborn”

Arh OK, I think after a week of speaking alongside the First Minister, CEO’s, TV presenters, academics and good friends. Time to turn the volume back down.

Your loved ones keep you grounded. Maybe mum taught Jayne far too well.

I like to think mum would be proud of the way we are handling things. 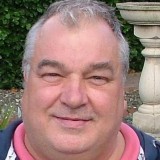 One reply on “Turning up the volume on action.”

[…] Source by Peter Harrison find more via this weblink: Turning up the volume on action. – What a week of mixed emotions […]

This website uses cookies to improve your experience while you navigate through the website. Out of these, the cookies that are categorized as necessary are stored on your browser as they are essential for the working of basic functionalities of the website. We also use third-party cookies that help us analyze and understand how you use this website. These cookies will be stored in your browser only with your consent. You also have the option to opt-out of these cookies. But opting out of some of these cookies may affect your browsing experience.
Necessary Always Enabled

Any cookies that may not be particularly necessary for the website to function and is used specifically to collect user personal data via analytics, ads, other embedded contents are termed as non-necessary cookies. It is mandatory to procure user consent prior to running these cookies on your website.